Mental illness is a problem that affects millions of people of all ages. According to statistics, about 5% of adults  (43.8 million) in any one year experience a mental illness. And sadly only 41% of people who have mental illnesses were treated in the past year alone. This is a good reason why a mental health screening should be an important part of judging your emotional health.

A lot of mental illnesses go undetected and ignored, so here are 10 reasons to schedule a mental health screening:

This can mean a number of things, such as odd reactions to bad news or changes in sleeping patterns or eating. Such changes can be caused by PTSD, bipolar disorder, or various anxiety disorders possibly triggered by a traumatic event.

Having mood swings is not automatically bad, but if you experience them frequently and in extremes, it’s likely due to some underlying issues. Bipolar disorder, major depressive disorder, and some personality disorders can be responsible for the mood swings.

While fatigue can be caused by many things unrelated to mental illness, oversleeping, constantly feeling sleepy along with not being able to focus may indicate some mental issues. Depression and many anxieties can play a part in causing fatigue.

A term that describes an inability to focus or lack of concentration and memory skills, brain fog can also be caused by many other health issues. But depression and some anxiety disorders are also likely.

Intense feelings of sadness, worthlessness, and hopelessness are often indications of issues like major depression, bipolar disorder, or dysthymia.

Feelings of inadequacy, peer pressures, and harassment can drive isolation, in social and work environments. They can also be made worse by bipolar disorder, depression, anxiety disorders, and avoidant personality disorder.

Lack of sex drive, feeling inadequate or vulnerable, and physical exhaustion can all be indications of the depressive episodes of bipolar disorder. It may also indicate a form of depression.

There is a lot of data to indicate that many people who are addicted to drugs and alcohol also deal with problems like depression, anxiety, and bipolar disorder. Often they try to use the addiction to treat the underlying mental illness.

There is a strong link between people with certain mental illnesses and thoughts of suicide. Depression, bipolar disorder, PTSD, schizophrenia, and borderline personality disorder all have effects on mood that can lead to people contemplating suicide. It can also lead to drug abuse that also causes thoughts of suicide.

Trouble relating to others

Personality disorders often have rigid patterns of behavior that can make it more difficult for sufferers to relate to others. This can affect relationships of all kinds and push people further away. Paranoid, schizoid, antisocial, and borderline personality disorders are examples of the illness that someone exhibiting those tendencies might be dealing with.

In many cases, subtle differences and changes can be indicators of deeper problems when it comes to mental illness. It could be nothing, but getting a mental health screening could also help you get on track to being happier dealing with a problem you may not realize you have.

So make an appointment with Dr. Bastien-Montpeirous and RevaMed Primary Care Associates to get your screening today. 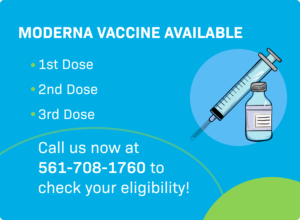